What is Dynamics 365 Project Operations?

Microsoft has announced a new Dynamics 365 application that will unify operations and connect teams in a single integrated offering.

Dynamics 365 Project Operations was released in a public preview during June and is expected to be generally available from October 2020.

Microsoft says this will be an end-to-end project management app handling processes from quoting to project accounting. It will combine features of the existing Dynamics 365 Project Service Automation (PSA) app, Microsoft Project and Dynamics 365 Finance. Crucially, the new application will include Microsoft Project’s planning and scheduling capabilities which haven't been available within the PSA application.

By being built on the Common Data Service, D365 Project Operations will be customisable and extendable across the Power Platform. 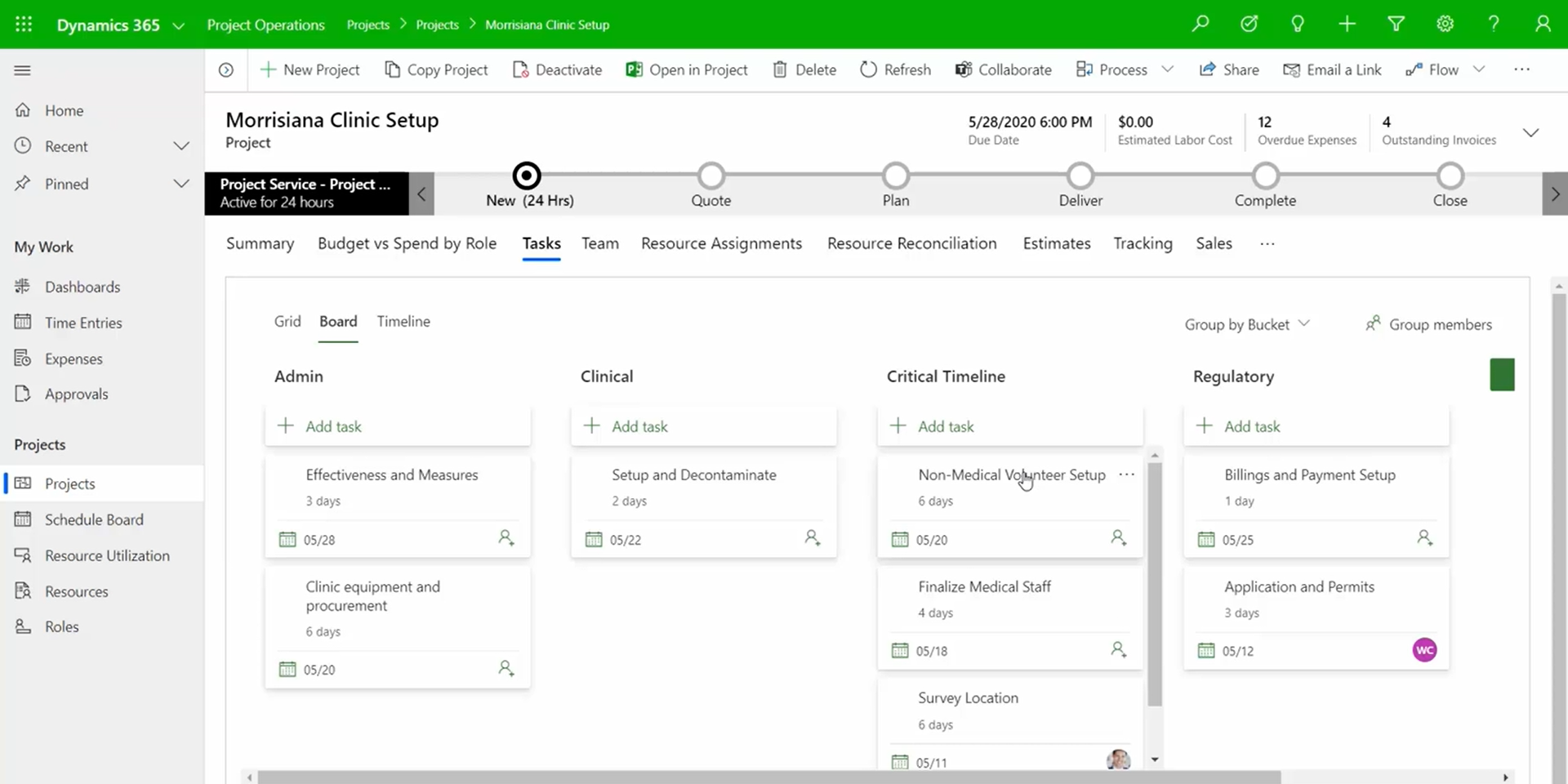 What Does This Mean for Existing Dynamics 365 PSA Customers

As the successor to Dynamics 365 PSA, the new application will work more like Microsoft Project and incorporate its project planning capabilities.

Continued support for D365 PSA will be provided until October 2024 but Microsoft will not be introducing new capabilities. The new Dynamics 365 Project Operations products will now be focus for its ongoing enhancements.

Existing customers who have purchased or renewed Dynamics 365 Project Service Automation SKUs before 1 October 2020 will be eligible for grandfathering into Project Operations licensing. Later this year, Microsoft says it will provide data migration tooling within Dynamics 365 PSA.

Prior to the public preview of Dynamics 365 Project Operations, Microsoft presented an overview during its Business Applications Summit in May 2020.

This session included examples of how the new solution will report utilisation, track time + expenses, and demonstrated a set of embedded Power BI visualisations.

In the meantime, a reminder that v1 & 2 of PSA for Dynamics 365 are now retired and have restricted support. Project Service Automation customers should now to upgrade to v3 for the latest capabilities. In addition to limited support for these versions, from 1st October 2020 the deprecated web client will no longer be available. As a result, these legacy versions of PSA will cease to function as expected.

Contact Preact if you require any advice or assistance during the upgrade process.

Check out more new features and capabilities for Dynamics 365 and the Power Platform.

Please complete the form to access this document. We respect privacy and your personal details will not be shared.

If you are as interested in CRM as we are, join our mailing list and you’ll receive Microsoft Dynamics 365 news, useful articles and event invitations. We respect privacy and your personal details will not be shared.

Request a Call Back

Please complete the form below and one of our CRM consultants will phone you back: